Celebrating 25 Years of Exalting God through His Word Online

On November 3, 1995, God impressed upon the hearts of a particular group of Christians in Southern California to invest time and effort into a new venture utilizing the World Wide Web. Through prayer, the goal became clear: put the Bible up live on the Internet, along with a special set of digital tools, to accelerate the in-depth study of God's Word. The name of the website became Blue Letter Bible, simply because all links to Bible verses were—and still are—blue.

In March of 1996, Blue Letter Bible went live on the Internet. That was 25 years ago, and we thank God for graciously guiding and growing this ministry. In Psalm 138:2, God tells us that He is exalted according to the truth of His Word. This truth has fueled our desire to make an in-depth study of God's Word digitally available to everyone free of charge, so that people might "grow in the grace and knowledge of our Lord and Savior Jesus Christ."

The Beginning of Blue Letter Bible

Initially, our website was composed of the KJV translation, a concordance, a lexicon, the Treasury of Scripture Knowledge, and a small library of commentators. Here, you can see that the original BLB site had a much different look than it does today: 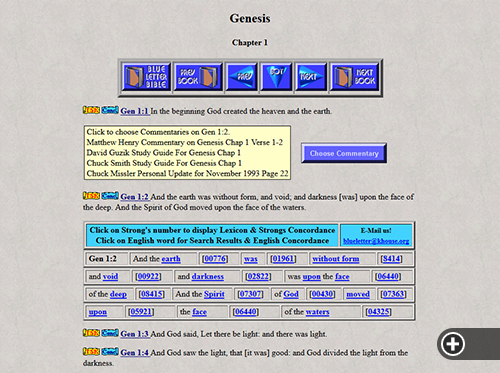 Eventually the site's collection of study tools and resources grew large enough that BLB needed a redesign. In 2000, we unveiled our second version of BLB, called Version 2.0: 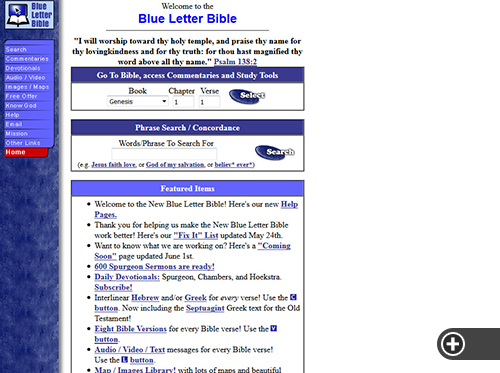 Along with the new look, we added dictionary tools, public domain Bible translations, and image galleries. However, our biggest change was the introduction of a set of six tools next to each Bible verse:

These buttons gave users easy access to a selection of tools directly related to the passages they studied, including the Treasury of Scripture Knowledge (K), an interlinear concordance with connected lexicon (C), a list of related commentaries (L), selected images and hymns (I), access to alternative Bible translations (V), and related dictionary and encyclopedia entries (D). And for those who prefer that 6-button format, it is still available today on the current BLB site.

The Next Stages of Growth

Over the next several years we refined our tools, added the LexiConc, and expanded our commentary library. In 2004, we launched the Blue Letter Bible Institute, a set of online learning resources featuring Bob Hoekstra, Don Stewart, and David Hocking (among others): 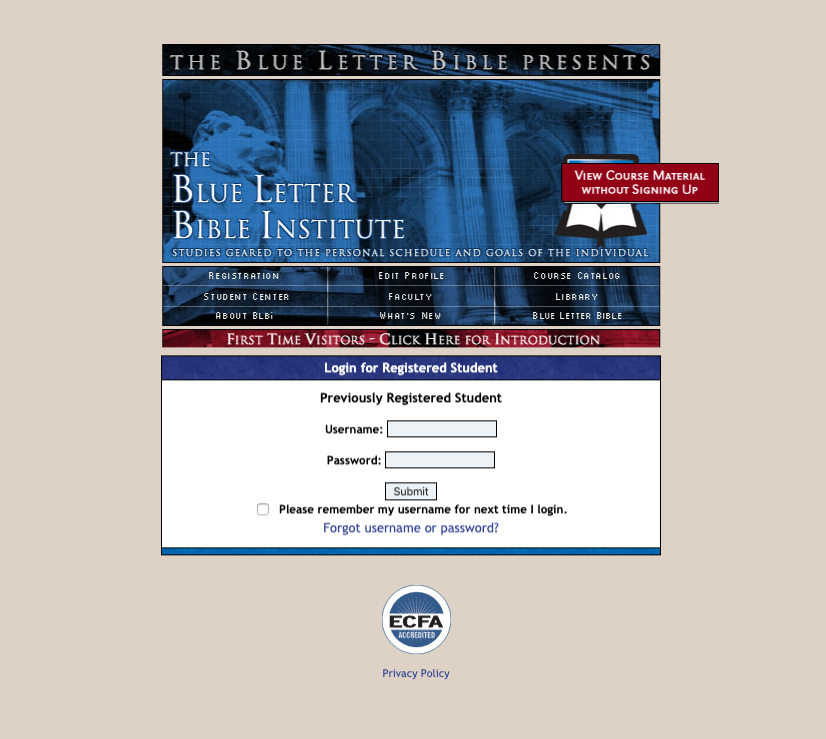 The major part of our work, however, took place behind the scenes as we overhauled our site's programming in ways that made room for future development. In October 2008, these efforts bore fruit in a new site redesign called Version 2.5, now known as "BLB Classic." BLB Classic still exists today for our users who prefer the old way of doing things. 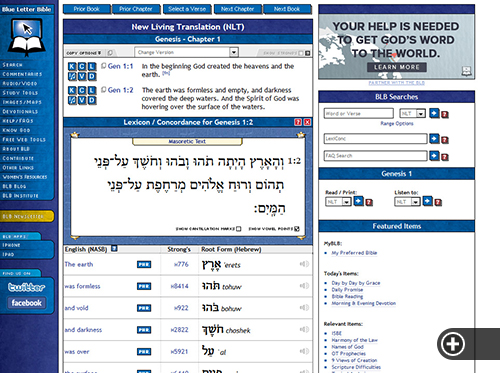 A couple of years down the road, we began to develop preferences and features that allowed BLB users to customize their experience. This all came together with improved search results and better access to Bible tools to create the modern-day BLB website, or Version 3.0, which went live in September 2013: 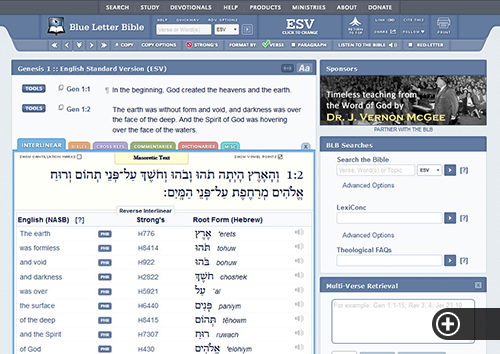 During this time, smartphones were beginning to take off as a major form of browsing and Internet usage. And so, we began development on mobile apps for Apple and Android, rolling them out in 2011 and 2015, respectively: 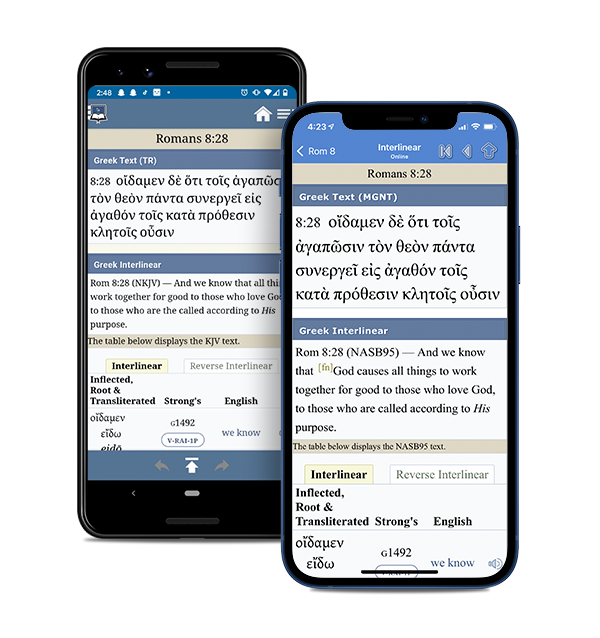 Since then, we have focused on adding content, updating language tools, and seeking out new partnerships that add value to our website. However, we have been working on a couple of other key Bible study resources as well.

One of those resources is called ScriptureMark. ScriptureMark is a completely free tool that allows the user to mark up Scripture using any of the version from BLB. Whether you want to block diagram, highlight, or take extensive notes, ScriptureMark has the ability to do it. Here is an example of what you can do with ScriptureMark: 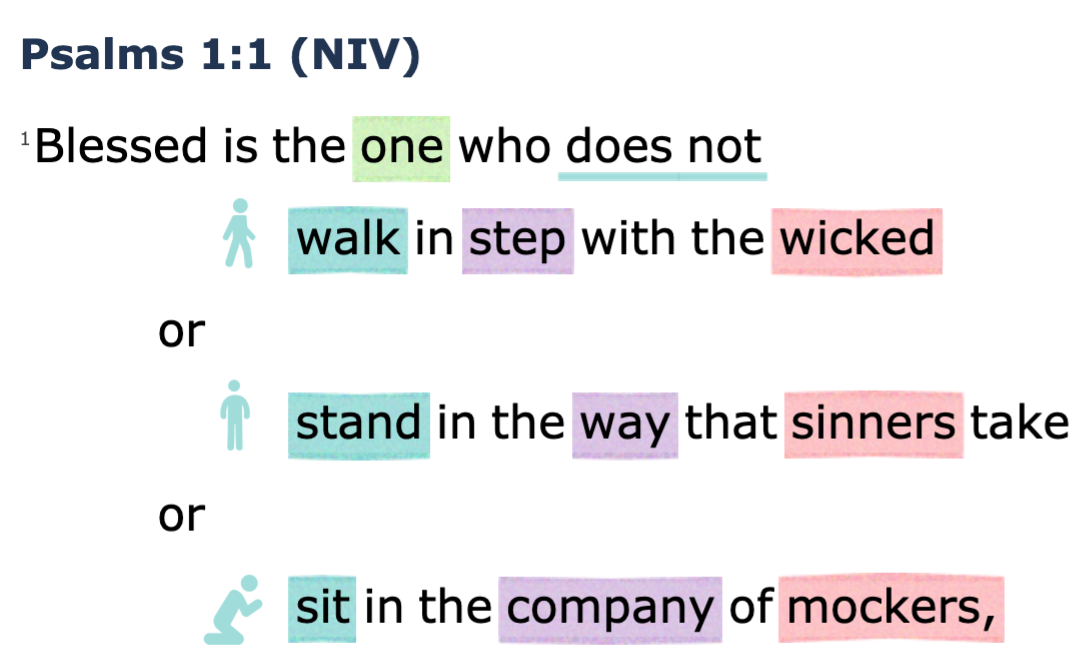 While ScriptureMark is completely new, our other major development included an update to a BLB veteran: the Blue Letter Bible Institute (BLBi). In September 2019, BLBi moved over to Study.Bible with an updated look and feel: 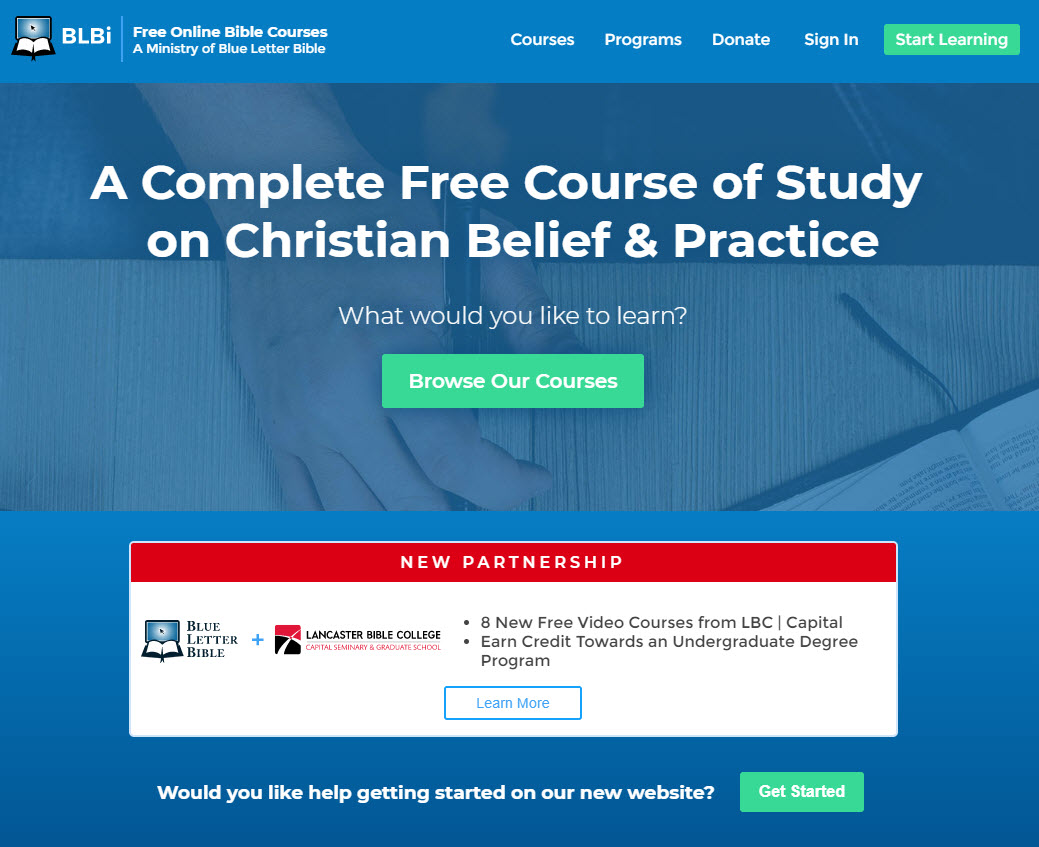 In addition to the redesign, we partnered with Lancaster Bible College | Capital Seminary & Graduate School (LBC | Capital) to provide eight new video courses at no cost to the student. LBC Capital also agreed to recognize a student's completed courses at the BLB Institute towards their adult education undergraduate program.

Over the course of the last year, more than 20 million users across our website and apps took advantage of our in-depth study tools and the ability to read the Word online. To see where people from around the world are accessing our website right now, please visit our Live Map. 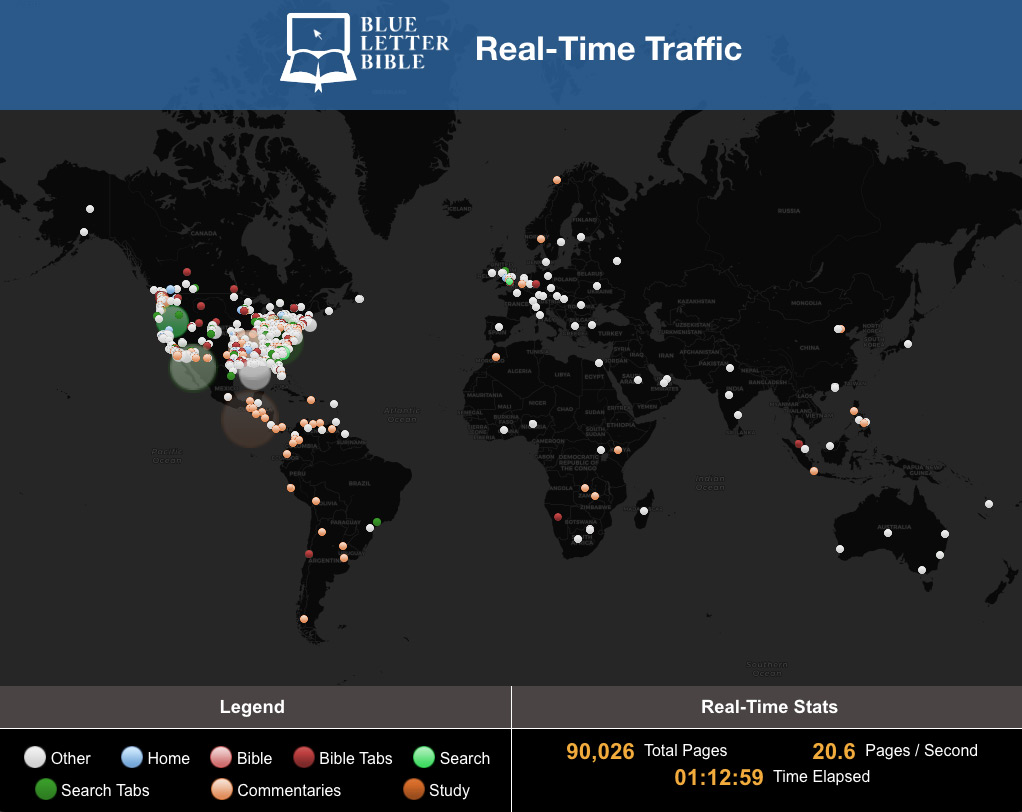 Our Commitment to BLB Users

Today, more than ever, BLB is committed to strengthening and equipping God's people through His Holy Word. Our heart is to assist all believers everywhere, who desire to grow in their faith by deepening their understanding of God, and of His will for their lives. As a point of interest, the city in the world with the largest number of BLB users is Lagos, Nigeria, as of this writing. BLB is truly making God's Word available across the globe, along with many powerful Bible study resources that are rooted in the historical, conservative Christian faith—for free.

And so, we ask that you please consider joining in Blue Letter Bible's mission to exalt the name of God and His Word above all things (Psalm 138:2). As we reach out to millions of people worldwide with our free Bible study resources, you can help us water the seeds that God plants in the hearts of BLB users around the globe. For additional information about BLB's founding and an in-depth look at how BLB is funded, you can find a video with current BLB leadership discussing those topics and more on our Donor Information page.