Hymns / Music :: Angels We Have Heard On High

"A great company of the heavenly host appeared with the angel, praising God and saying, 'Glory to God in the highest, and on earth peace to men, on whom His favor rests.'" Luke 2:13-14

Hymns Supplied Through the Gracious Generosity
of the Cyber Hymnal Website 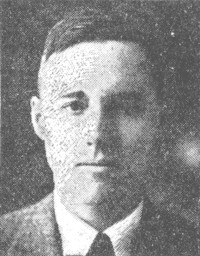 Angels we have heard on high
Sweetly singing o'er the plains,
And the mountains in reply
Echoing their joyous strains.

Shepherds, why this jubilee?
Why your joyous strains prolong?
What the gladsome tidings be
Which inspire your heavenly song?

Come to Bethlehem and see
Christ Whose birth the angels sing;
Come, adore on bended knee,
Christ the Lord, the newborn King.

See Him in a manger laid,
Whom the choirs of angels praise;
Mary, Joseph, lend your aid,
While our hearts in love we raise.

Shepherds in the field abiding,
Tell us when the seraph bright
Greeted you with wondrous tiding,
What you saw and heard that night.

We beheld-it is no fable-
God incarnate, King of bliss,
Swathed and cradled in a stable,
And the angel strain was this:

Choristers on high were singing
Jesus and His virgin birth,
Heavenly bells the while a-ringing
"Peace, good will to men on earth."