Hymns / Music :: When, His Salvation Bringing

"If these should hold their peace, the stones would immediately cry out." Luke 19:40

Hymns Supplied Through the Gracious Generosity
of the Cyber Hymnal Website 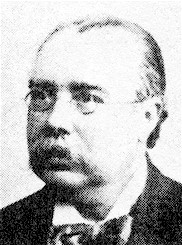 Words: John King, 1830; first appeared in Psalmist, A Selection of Psalms and Hymns, by Henry and John Gwyther (London: 1830), signed "I. King." In 1865, John Gwyther informed D. Sedgewick that the signature stood for

"Joshua King, late Vicar of Hull…Mr. Joshua King was Curate to Mr. J. Eyton, of Wellington, Shropshire, when Mr. Eyton made his collection of hymns and wrote them for his book, but whether he published them in any other form I don't know. Mr. Eyton gave his Hymn Book to my brother."

The church registers revealed that King's given name was John, not Joshua.

When, His salvation bringing,
To Zion Jesus came,
The children all stood singing
Hosanna to His Name;
Nor did their zeal offend Him,
But, as He rode along,
He let them still attend Him,
And smiled to hear their song.

And since the Lord retaineth
His love for children still,
Though now as King He reigneth
On Zion's heavenly hill,
We'll flock around His banner
Who sits upon His throne,
And cry aloud, "Hosanna
To David's royal Son!"

For should we fail proclaiming
Our great Redeemer's praise,
The stones, our silence shaming,
Would their hosannas raise.
But shall we only render
The tribute of our words?
No; while our hearts are tender,
They too shall be the Lord's.