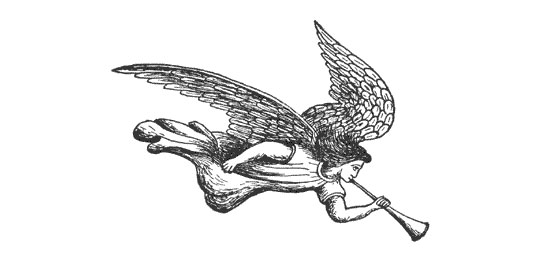 A Covenant is an agreement or contract between men, or between men and God. Generally it is based on certain conditions agreed upon. Sometimes, as between God and man, it is unconditional. God's covenants with man originate with Him, and generally consist of a promise based on the fulfilment of certain conditions. God has made eight Covenants with man. They all relate to the earth. Each one introduces a New Dispensation. Six of them were given to individual and representative men, as Adam, Noah and Abraham, and went into effect during their lives except the one given to David, which took effect at the birth of Jesus. Each one has a time element and expires at a certain time. Four of them are distinguished by a "Sign." See the Chart on The Covenants.

This Covenant was given to Adam and Eve, in the Garden of Eden, before the Fall of Man. It ushered in the "Dispensation of Innocence" which was conditioned on obedience.

The Seven Conditions of this Covenant were.

This Covenant, like the first, was given to Adam and Eve in the Garden of Eden before their expulsion. It ushered in the "Dispensation of Conscience." It was without conditions, and embodied a "Curse" and a "Promise."

Man having proved himself a failure under the "Dispensation of Conscience," God sent a Flood to destroy the race from off the earth, sparing only Noah and his family. After the Flood Noah offered a "sacrifice" which was well pleasing to God, and God made an unconditional Covenant with Noah. It ushered in the "Dispensation of Human Government." It contained the following provisions.

The "Sign" of this Covenant is the Rainbow, and the Covenant reaches until the "Renovation of the Earth by Fire," of which it is the Type.

The Tower of Babel episode was a turning point in human history. (Gen. 11:1-9). Up to that time the human race was a unit. There was neither Jew nor Gentile. The race had become idolatrous. To remedy this God decided to call out an individual of the seed of Shem, and of him form a separated people and nation. The man selected was Abraham. The "Call" came to him while dwelling at Ur of the Chaldees, in Mesopotamia. He obeyed. The Covenant then made with him was afterwards enlarged and confirmed to his son, Isaac, (Gen. 26:1-5), and in turn to his grandson Jacob (Israel), Gen. 28:10-15. The Covenant was unconditional and ushered in the Dispensation of the Family. It contained seven promises.

After Abraham's faith had been tested in the offering up of Isaac this Covenant was reaffirmed and confirmed. Gen. 22:15-18. It was an Everlasting Covenant. Gen. 17:1-8.

We must not forget that the "Adamic" and "Noahic" Covenants were not done away with or superseded by the "Abrahamic" Covenant. The "Abrahamic" Covenant is confined to the Hebrew Race, while the others cover the whole Gentile world. The Dispensations of "Conscience" and "Human Government" still continue as to the Gentiles.

The "Mosaic Covenant" was given to Moses on Mt. Sinai, shortly after the Exodus from Egypt. It ushered in the "Dispensation of Law." It was conditioned on obedience, and may be divided into three parts.

This Covenant continued in force until the Jews were scattered at the destruction of Jerusalem in A.D. 70. It will be renewed when Israel is converted and restored to their own land, and will then be known as the "Palestinian Covenant," which Covenant ends with the "Renovation of the Earth by Fire."

This Covenant was given to King David, through Nathan the Prophet, at Jerusalem. It ushered in the "Dispensation of Grace." It has but one condition, based on disobedience, this would lead to chastisement and postponement of the promise, but not its abrogation. The Covenant contains four promises.

This Covenant was given to Israel through Moses, and is conditioned on the repentance of Israel. It will go into effect after their return to Palestine and their repentance. It ushers in the "Millennial Dispensation" and ends with it.

This Covenant has not yet been made. It is to be made with Israel after they get back to their own land. It is promised in Jer. 31:31-37. It is unconditional, and will cover the Millennium and the New Heaven and New Earth. It is based on the finished work of Christ. Matt. 26:28. It has nothing to do with the Church and does not belong to this Dispensation. It is the "Eighth Covenant," and speaks of Resurrection and Eternal Completeness.